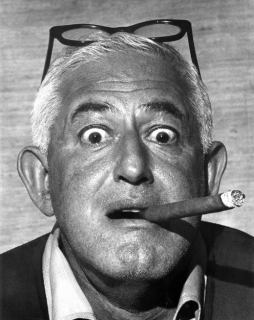 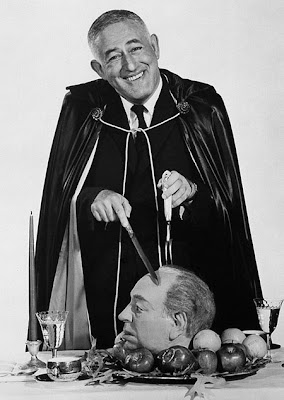 The man who brought us such wonderful horror film gimmicks such as "Emergo", "Percepto" and "Illusion-O", was born William Schloss (which means "Castle" in German) on April 24, 1914. William started out working behind the scenes on Broadway, then worked his way up to films, then eventually became one of Hollywood's most famous director/writer/producer of horror and thriller films, with such classics as "House On Haunted Hill", "13 Ghosts", "The Tingler", and possibly his biggest hit, the Roman Polanski-directed "Rosemary's Baby". Castle was a genius at promoting his films with clever gimmicks, sometimes having the gimmicks outweigh the popularity of the films themselves. There was no doubt that William Castle was a successful filmmaker. Read about William and his films on his Wikipedia page. Happy Birthday to the Master of Horror Gimmicks!
Posted by George Van Orsdel at 3:01 AM