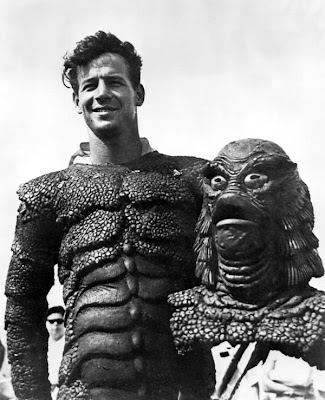 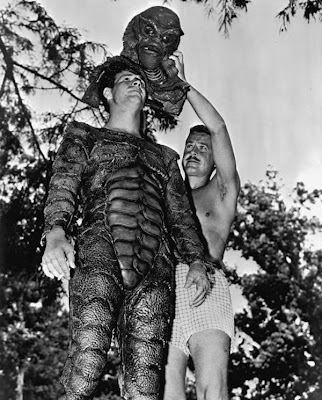 Ricou Browning was born February 16, 1930, and is most famous for portraying the Creature in all the underwater scenes for The Creature From The Black Lagoon, The Revenge Of The Creature and The Creature Walks Among Us. Although Ricou is mostly known for his work as the Creature, Ricou was also a stunt man, producer, cinematographer, writer and director, writing and directing many episodes on the Flipper TV show, as well as feature films. Ricou has been involved in film and television, in front and behind the camera, for over 50 years. I had the pleasure of spending time with, and hosting his Q&A panel at last year's Spooky Empire Ultimate Horror Weekend (I'll be posting the videos soon, I promise!) Happy Birthday Ricou, may you have many more!
Posted by George Van Orsdel at 8:27 PM